Gander’s longest runway was designated as an alternate for the space shuttle. 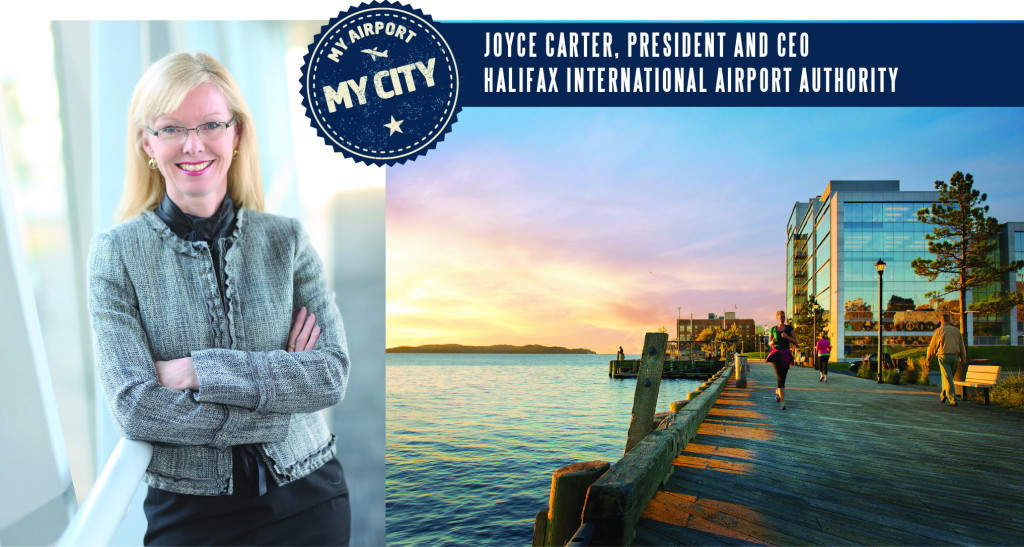 The best thing about my airport is the people. We have the best people and that’s why we consistently rank among the best airports in the world.

Local delicacy Halifax is well-known for its donairs. Pick one up at Pizza Corner. And then some Tums at the convenience store next door!

Where to wet your whistle there’s certainly no shortage of great places to choose from – it’s said Halifax has one of the highest number of bars per capita in Canada.

Best day trip from Halifax There’s so much to do and see around Halifax. My favourite day trip is a drive to historic Peggy’s Cove.  I would take the drive along St. Margaret’s Bay, exploring the many scenic coves and harbours along the way.  I’d visit the lighthouse in Peggy’s Cove, and the Swissair Flight 111 Memorial site.

My favorite restaurant is Salty’s Upper Deck.  Who can beat that view and the food!

Have a coffee at Tim Hortons. There’s one on every corner and four locations right here at Halifax Stanfield.

Best place for a stroll head down to the Halifax waterfront for the harbourwalk. The nearly 4-km boardwalk stretches along the waterfront for ten city blocks. At one end of the trail is the Halifax Seaport Farmers’ Market, the oldest continuously operating farmers’ market in North America.

One peculiar thing about Halifax is there are some 32 Volvos on the floor of the Bedford Basin. They’re said to have sunk in 1969 after the ship that was carrying them was damaged in a storm.

My one general travel tip is pack light.  Fit it all in a small carryon, if you can.  You won’t regret it!

The biggest misconception about running an airport is that airport employees can fly anywhere at no charge!